Cordelia Schmid holds a M.S. degree in Computer Science from the University of Karlsruhe and a Doctorate, also in Computer Science, from the Institut National Polytechnique de Grenoble (INPG). Her doctoral thesis on "Local Greyvalue Invariants for Image Matching and Retrieval" received the best thesis award from INPG in 1996. She received the Habilitation degree in 2001 for her thesis entitled "From Image Matching to Learning Visual Models". Dr. Schmid was a post-doctoral research assistant in the Robotics Research Group of Oxford University in 1996--1997. Since 1997 she has held a permanent research position at INRIA Rhone-Alpes, where she is a research director and directs an INRIA team. Dr. Schmid is the author of over a hundred technical publications. She has been an Associate Editor for IEEE PAMI (2001--2005) and for IJCV (2004--2012), editor-in-chief for IJCV (2013---), a program chair of IEEE CVPR 2005 and ECCV 2012 as well as a general chair of IEEE CVPR 2015. In 2006, 2014 and 2016, she was awarded the Longuet-Higgins prize for fundamental contributions in computer vision that have withstood the test of time. She is a fellow of IEEE. She was awarded an ERC advanced grant in 2013, the Humbolt research award in 2015 and the Inria & French Academy of Science Grand Prix in 2016. She was elected to the German National Academy of Sciences, Leopoldina, in 2017. In 2018 she received th Koenderink prize for fundamental contributions in computer vision that have withstood the test of time. Starting 2018 she holds a joint appointment with Google research. 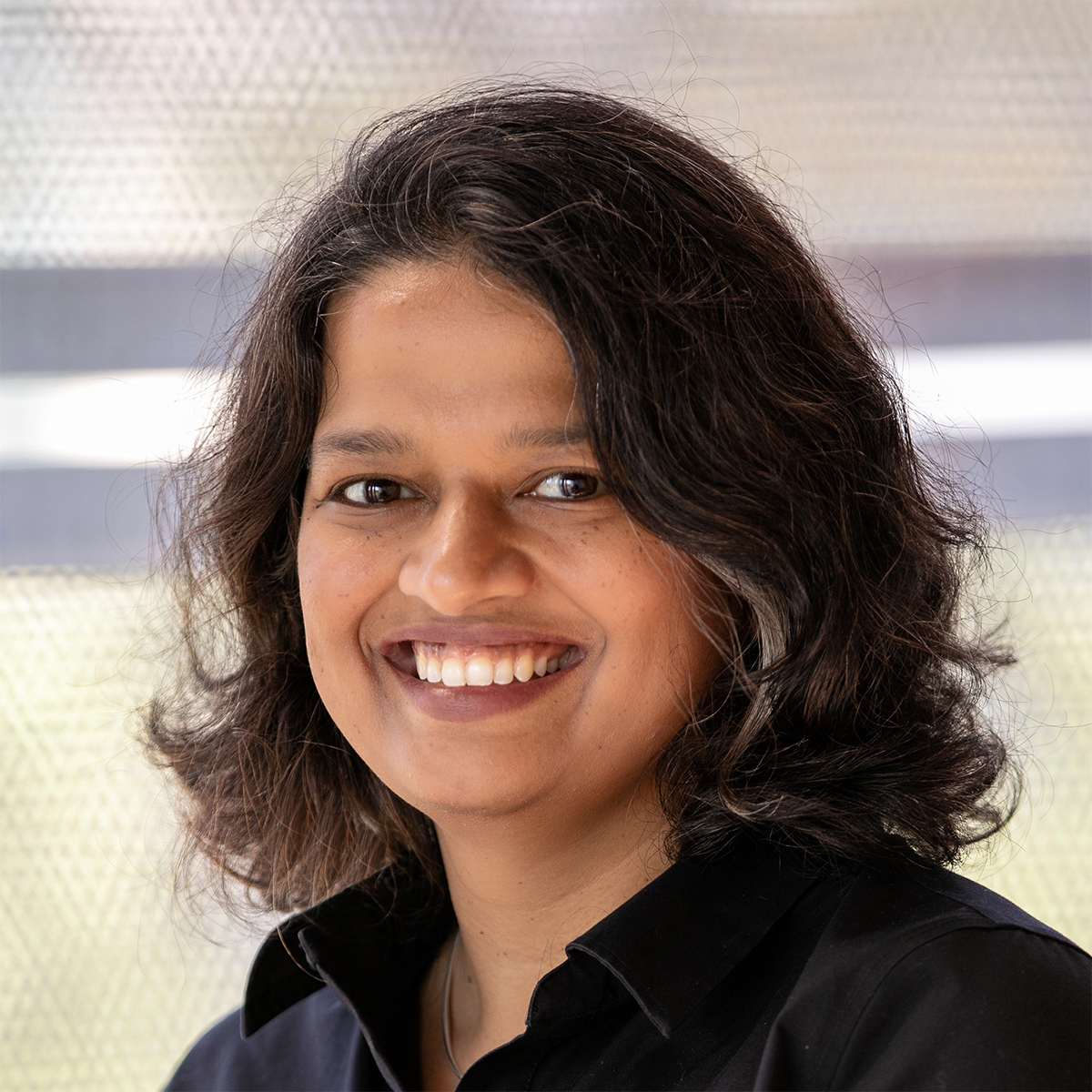 Kavita Bala is the Dean of Cornell Ann S. Bowers College of Computing and Information Science at Cornell University. Cornell Bowers CIS houses the departments of Computer Science, Information Science, and Statistics and Data Science. Bala received her S.M. and Ph.D. from the Massachusetts Institute of Technology (MIT). Before becoming dean, she served as the Chair of the Computer Science Department. Bala leads research in computer vision and computer graphics. She co-founded GrokStyle, a visual recognition AI company, which drew IKEA as a client, and was acquired by Facebook in 2019. Bala is an Association for Computing Machinery (ACM) Fellow (2019) and Fellow of the SIGGRAPH Academy (2020). She is the recipient of the SIGGRAPH Computer Graphics Achievement Award (2020), and the IIT Bombay Distinguished Alumnus Award (2021). Bala has received multiple Cornell teaching awards (2006, 2009, 2015). 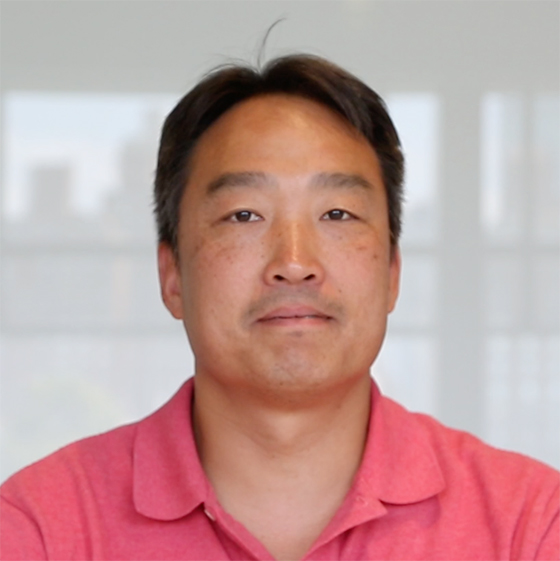 Dr. Daniel Dongyuel Lee is currently a Professor in Electrical and Computer Engineering at Cornell Tech and Executive Vice President for Samsung Research. Until 2018, he was the UPS Foundation Chair Professor in the School of Engineering and Applied Science at the University of Pennsylvania. He received his A.B. summa cum laude in Physics from Harvard University and his Ph.D. in Condensed Matter Physics from the Massachusetts Institute of Technology in 1995. Before coming to Penn, he was a researcher at AT&T and Lucent Bell Laboratories in the Theoretical Physics and Biological Computation departments. He is a Fellow of the IEEE and AAAI and has received the National Science Foundation CAREER award and the Lindback award for distinguished teaching. He was also a fellow of the Hebrew University Institute of Advanced Studies in Jerusalem, an affiliate of the Korea Advanced Institute of Science and Technology, and organized the US-Japan National Academy of Engineering Frontiers of Engineering Symposium and Neural Information Processing Systems (NIPS) conference. His group focuses on understanding general computational principles in biological systems and on applying that knowledge to build autonomous systems. 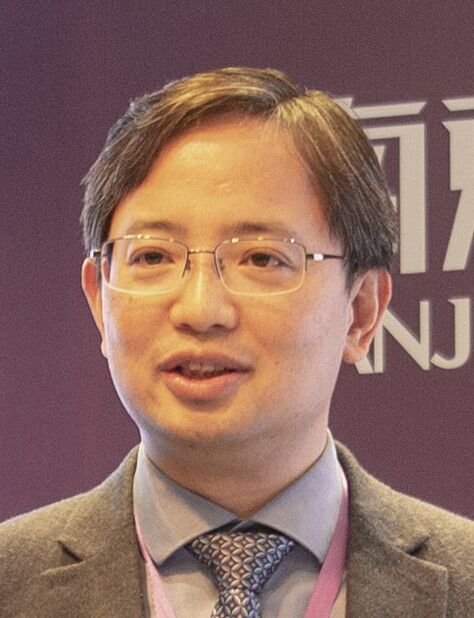 Zhi-Hua Zhou received his B.Sc., M.Sc. and Ph.D. degrees in computer science from Nanjing University, China, in 1996, 1998 and 2000, respectively, all with the highest honor. He joined the Department of Computer Science & Technology of Nanjing University as an Assistant Professor in 2001, and at present he is a Professor, Head of the Department of Computer Science and Technology, Dean of the School of Artificial Intelligence, Standing Deputy Director of the National Key Lab for Novel Software Technology, and Founding Director of LAMDA (the Institute of Machine Learning and Data Mining) at Nanjing University. He has wide research interests, mainly including artificial intelligence, machine learning and data mining. He authored the books "Ensemble Methods: Foundations and Algorithms (2012)", "Evolutionary Learning: Advances in Theories and Algorithms (2019)", etc, published more than 200 papers in top-tier international journals/conferences, and holds 20+ patents. He received various awards/honors such as the National Natural Science Award of China (2013, 2020), the IEEE Computer Society Edward J. McCluskey Technical Achievement Award (2019), the CCF-ACM Artificial Intelligence Award (2020), the ACML Distinguished Contribution Award (2019), the PAKDD Distinguished Contribution Award (2016), the IEEE ICDM Outstanding Service Award (2016), the IEEE CIS Outstanding Early Career Award (2013), the Microsoft Professorship Award (2006), and fourteen international paper/competition awards. He is a foreign member of the Academia Europaea, and Fellow of the ACM, AAAI, AAAS, IEEE, IAPR, IET/IEE, CCF, and CAAI. He serves as Series Editor for Springer LNAI, and is on the advisory board of AI Magazine. He also serves as the Editor-in-Chief of Frontiers of Computer Science, Associate Editor-in-Chief of the Science China Information Sciences, Action Editor or Associate Editor of Artificial Intelligence, Machine Learning, National Science Review, IEEE Trans. Pattern Analysis and Machine Intelligence, ACM Trans. Knowledge Discovery from Data, etc. He served as Associate Editor-in-Chief of the Chinese Science Bulletin (2008-2014), Associate Editor of the IEEE Trans. Knowledge and Data Engineering (2008-2012), IEEE Trans. Neural Networks and Learning Systems (2014-2017), ACM Trans. Intelligent Systems and Technology (2009-2017), Neural Networks (2014-2016), etc. He founded ACML (Asian Conference on Machine Learning). He serves/ed as Steering Committee chair of ACML (2012-2018) and Life member, Steering Committee vice chair of PRICAI, Steering Committee Life member of PAKDD, Steering Committee member of ICDM (2016-2021), Trustee of IJCAI (2018-2023), Advisory Committee member of IJCAI (2015-2016), Program Chair of IJCAI 2021, AAAI 2019, ICDM 2015, SDM 2013, etc., General Chair of SDM (2022, 2023), ICDM 2016, PAKDD (2014, 2019), etc., Workshop Chair of ICDM 2014, KDD (2012, 2016), etc., Tutorial Chair of KDD 2013, CIKM 2014, etc., and (Senior) Area Chair of various conferences including NeurIPS, ICML, etc. He is/was the Chair of the IEEE CIS Data Mining Technical Committee (2015-2016), Vice Chair of the IEEE Nanjing Section (2011-), Founding Chair of the IEEE Computer Society Nanjing Chapter (2008-2017), Vice President of the CAAI (China Association of Artificial Intelligence, 2019-), Standing Council Member of the CCF (China Computer Federation, 2016-), Chair of the CAAI-ML (2006-2015) and CCF-AI (2012-2019), President of the Jiangsu Association of Artificial Intelligence (2017-), and President of the Jiangsu Computer Society (2019-). Zhi-Hua Zhou's URL is at http://cs.nju.edu.cn/zhouzh/